TOWN HALL 15 IS THE NEXT 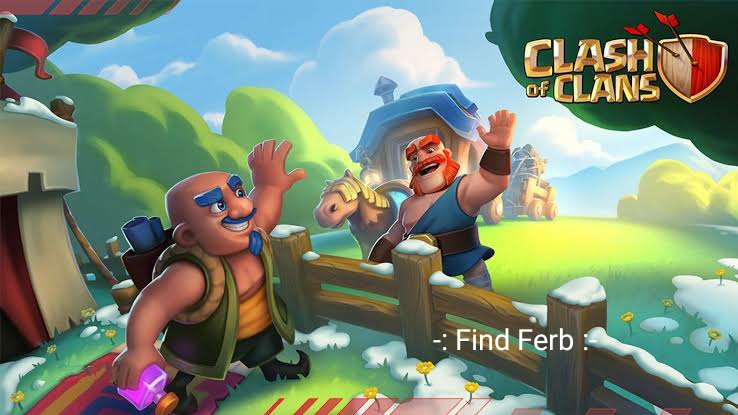 I will show you all the little things related to this update. as well as tell you all of the new Troops, defense, Building levels, and lots of information in this sneak peek of this article, but the first thing we should do is upgrade to town hall 15. It will cost you 18 million gold with a 15-day build time. when you upgrade the th14 I would make sure you have your book of building ready. Clashers Town hall 15 with its new magic theme in COC’s new update 2022. One of the big questions of all the Clashers is What is the new TH15 COC update?

And we showcase the new defensive and building upgrades you will see this design is consistent throughout whilst we can upgrade town hall 15, it is purely for extra damage it’s not like we are getting the Giga Eagle it will remain the Giga inferno but do not worry the team has some tricks up their sleeve in the upcoming sneak peeks which we will be bringing you here on the article since this is the developable I will quickly show you how much it costs for each upgrade and you can see the Improvement you get as well essentially every level you get either a little bit of extra damage per second, a little bit of extra damage when destroyed or most impactful at level five you get a greater radius by 0.5 tiles of the death damage.

Essentially the bigger bomb itself and you could see the Improvement in Aesthetics after every level can we just upgrade how good it is with the glowing magic theme once the town hall is activated you will have a pink Giga Inferno and I love how the colors are contrasting one another rather than the Green Jungle theme we had previously, a level 85 Barbarian King you ask I’m telling all about it, But once the town hall is destroyed you have that greater range but also have a new poison animation which will also be used for Town hall 14. TH15 COC update. These are going to be some of the buildings you will upgrade first as soon as you get to town hall 15.

As soon as the new update comes, first of all, we have to unlock all the new defenses and items that have come Whose list is something like this:-

Base building will never be the same again… pic.twitter.com/8BaMW2wyHQ

Getting a new level to Siege workshop means a new machine added to our village called Battle Drill. and How this machine works, as you can see in the video below.

A brand new Siege Machine is also coming to Town Hall 15! Battle Drill will burrow beneath the ground in order to avoid being detected by enemy defenses. When Battle Drill surfaces to attack the nearest enemy defense, it will momentarily stun its target! pic.twitter.com/xJUImeomYh

Recall and Reuse your troops with the new Recall Spell:-

Supercell has added a new amazing spell to the game called Recall Spell, which can be used to change the entire match. You can watch this video below to know how this spell works.

Battles will never be the same again! When Recall Spell is used, it will remove units from the battlefield where they can be redeployed elsewhere. Save your troops from a lethal enemy defense or simply send them into battle from another position! Unlocks at Town Hall 13. pic.twitter.com/ScHlU7j1dC

In this update not just to level five, not level six, not just to level seven, but your new maximum level for the pet house is level 8, How exciting is that? Watch this video which is below to know how these pets work.

Ability = Speed attack and slow down the enemies. Now only have one Barrack building you don’t have four of them anymore, three have been removed so you only have to upgrade one, so the barrack getting upgraded to level 16, and whilst we love to show you what this will look like after upgrading the barrack. clan castle will cost you 20 million elixirs with a 20- day upgrade time, It will allow you to take 50 troops within the clan castle and again it will match all of these other buildings the new magic theme for Town hall 15.

There are four army camps and we always recommend you upgrade the offensive buildings first, Army camps being one of them improving your attack. 19 million each with a 16-day upgrade time and this will give you an extra five troop capacity for a total of 320.

The laboratory you might have expected but we will be getting a level 13 laboratory and you would upgrade this probably as your main priority because once you get to town hall 15 you have the town hall boost you will get access to maxed level troops within you lab level so by upgrading it you get access to all of the new troops and spell levels in new th 15 coc update.

A list of other items Upgrading are as follows:-

All four Heroes will be getting an extra five levels. With five extra levels, it does mean an extra ability level for each of the heroes before. COC new update 2022 You can see the heroes’ new stats below. There have been many indications that prove that town hall 15 is coming to the clash of clan game soon. And the big hint of town hall 15 is that the latest event is being seen in the game right now. Most of the time, the Hammer jam is seen before the Town Hall upgrade. We now have confirmation that the Autumn/Fall update will arrive in October. Supercell has confirmed that the update will happen in October. Supercell wrote about Barracks system changes. We wanted to let you know that in the October update we will be making some changes to the Barracks system in the TH15 Coc update 2022.

Major Changes in this Update

Supercell didn’t get into the details of the changes, but they likely have to do with the arrival of Town Hall 15. The total building cap is likely to be kept at 100 by Supercell. At Town Hall 14, you can have four Barracks and two Dark Barracks, but only one of them can be used for building. We don’t know if this means we’ll be getting four new buildings or What is the new CoC update.

Beyond the barracks system changes, it is not clear what else will be coming with the October update. Town Hall 15 is guaranteed because of the upcoming change and Supercell announced Hammer Jam. This event, which discounts all Home Village buildings and upgrades costs by 50%, only comes before a new Town Hall arrives. Town Hall 15 and the October update are on the way. The update is expected to arrive sometime in October in coc TH15 updates. So this is the new TH15 coc update.

Click here if you want the best layout for your old town hall.