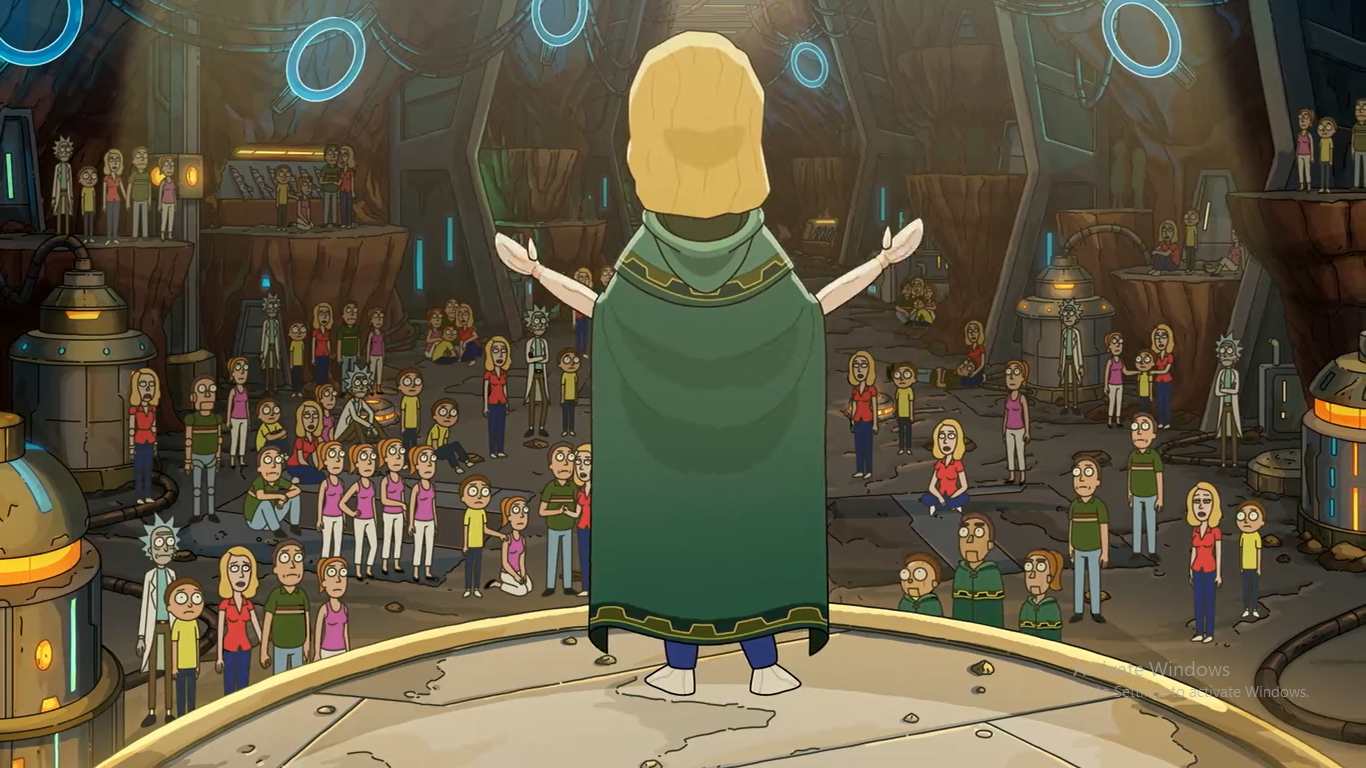 This episode is worth watching. in my opinion, it’s good but not good as others, In another episode, we can see other interesting characters in Rick and Morty, but in this episode, we only see rick and his family decoy fighting each other. 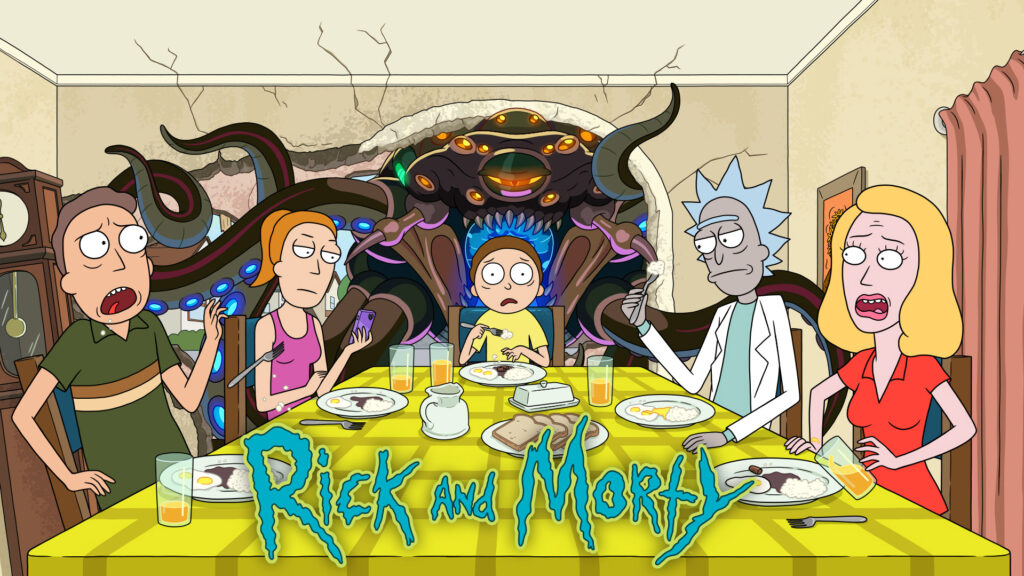 After seeing the latest episode of the r&m. This episode is pretty bad you can see lots of action. This episode is based on the decoy family. rick and his family in on the adventure with space both from the season 4 last episode. now rick set up a decoy family on earth. so if he is attacked by someone he immediately knows. but the fun part starts. decoy rick made its decoy. and this decoy made its decoy and they start killing each other because they think they are the real and others are a decoy. 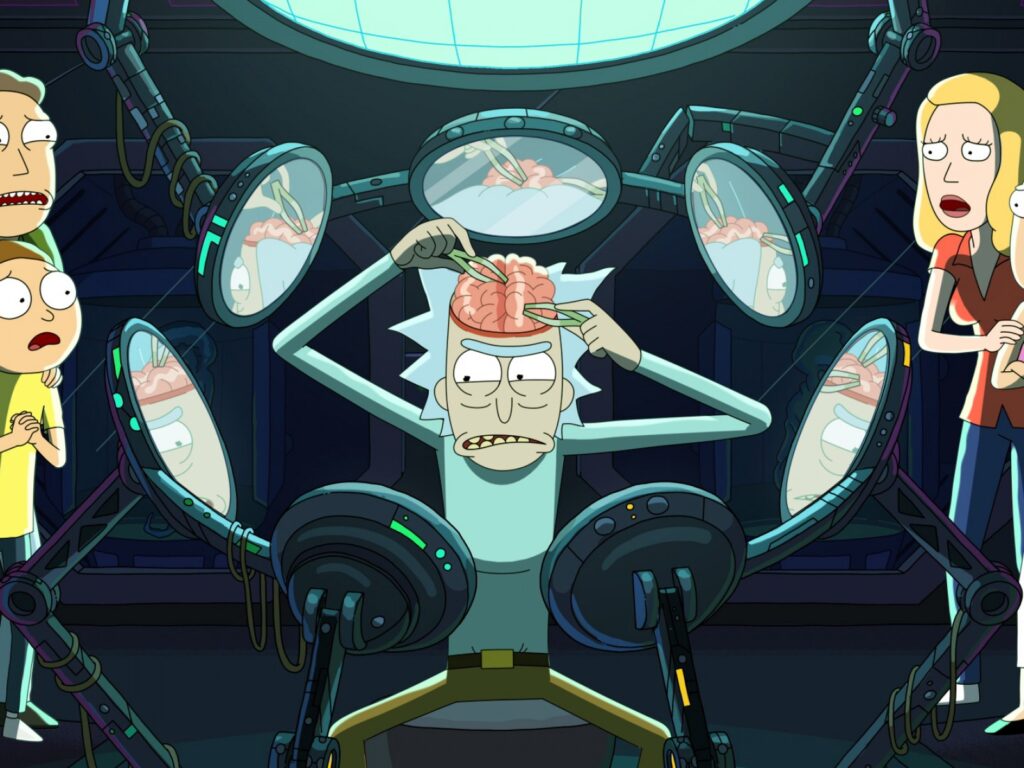 Why this episode is a very low budget-

because in this episode there are not many characters playing roles. adult swims spend less money on it. if  Adult swim crate new character it required lots of work to make their graphics and edition thinking imagination bunch of creative team and making them in animation. n other than they have already rick and Morty family animation from the start. and in this episode, they only show rick and Morty family all along, 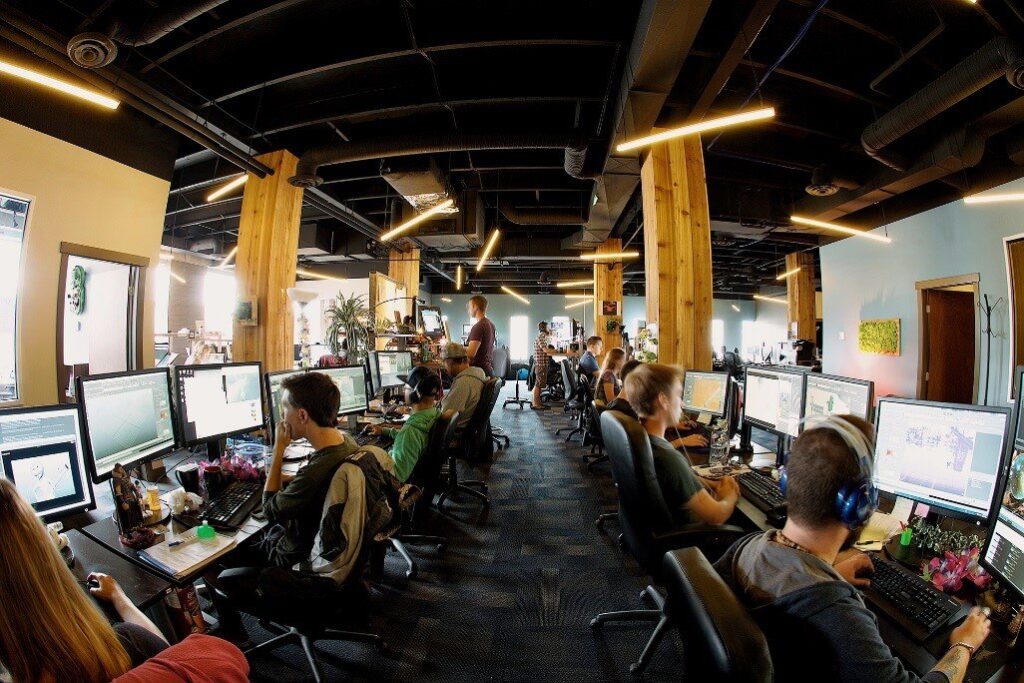 Long story short – this episode is totally messed up I feel bad for the decoy family they seem totally real. seeing rick and his family dies so many time in this episode its pretty sad though.

isn’t it cool if rick says “decoy earth is under attack or destroy” I mean this is the level of a god? rick also calls himself the god in every conceivable universe.

It is possible to set up the decoy earth by rick. He has an unknown no. of the enemy they see his intelligence as a threat. Moreover, in order to place decoy earth, he needs to set up a new solar system I mean something like that. Hope we see the decoy earth in the next coming episodes.

Role of God in This Episode –

In many episodes, rick refers that de doesn’t believe God exists. he considers himself a one because he is the most intelligent being in the multiverse.

Moreover, we see from time to time that if rick ever in a dying situation he prays to God to save him. 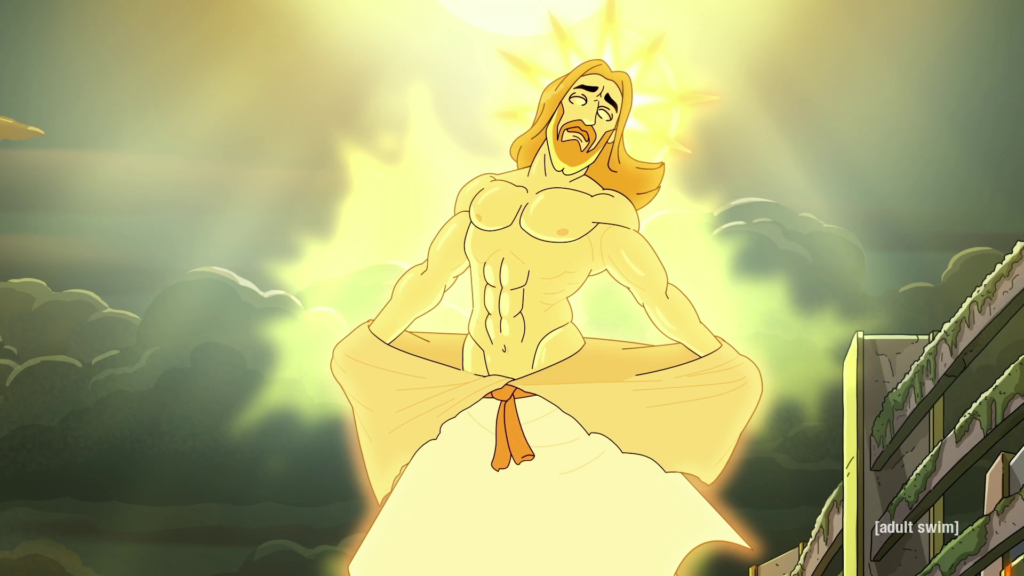 And also we have seen that he battle the god entity like Zeus. and gets beat up badly. now in this latest episode, we see that rick talking about Jesus Christ. that he is not dead. he is still live sleeping for 1000 years. now he tells more let’s go to kill him.

But he is not a rich believer. this talking is from the decoy rick. he set up in his brain that god exists. and now jerry got a job highly unlikely. because they are a better decoy. it’s very unreal to think and he realizes that something is wrong and next movement he is dead killed by other ricks dressing like tentacles aliens. and they are also decoy rick family.

Now every rick and his family are aware of they are decoy and they believe that the real rick is on the earth among them and he is killing them. they the resistance of decoy family. 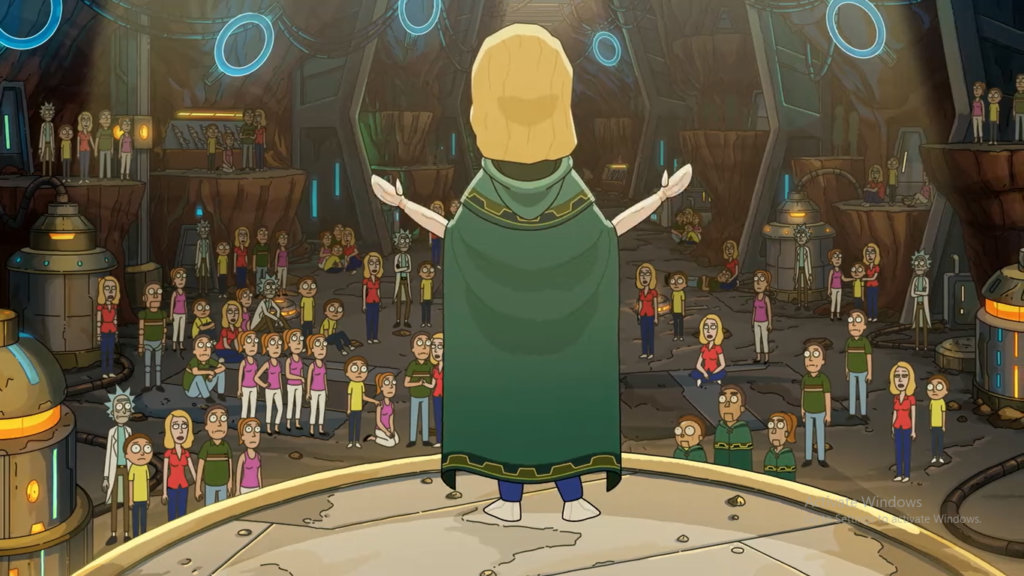 unite and they decide they will live away from the real rick. you can see in the episode that there are wood made and other stuff made by rick and Morty. now other rick and Morty also attack the resistance hen jerry do the thing he always does. he leave everyone behind the let them die to save himself. I mean jery is so lame he is not worth it.

Star Fish-Man In Target Suite Who wants to be hunted aka Mr. Always Want To Be Hunted in the start of the episode the rick and his decoy family are playing with him they want to hunt him but not after completion. Because if after completion he is more fun that he be hunting them. because they don’t hunt him. 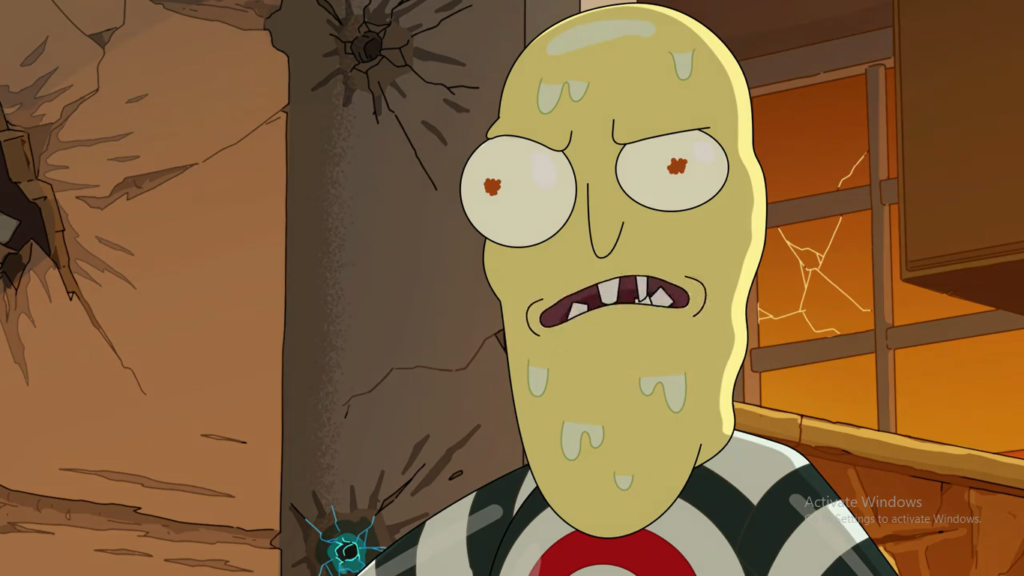 So before they hunt hum rick decoy get killed and in the end, only one decoy remains and Mr, Always Want To Be Hunted Killed the last rick this is so confusing to are rick who is he and why is he what is he saying so many questions and he dies and now knew rick has a new enemy he going to hunt rick and rick don’t know about him. Because the version of him created that and he is dead now.

When rick made decoy he is less rick the original. Decay rick made his decoy they are less rick than him and the cycle is going on. 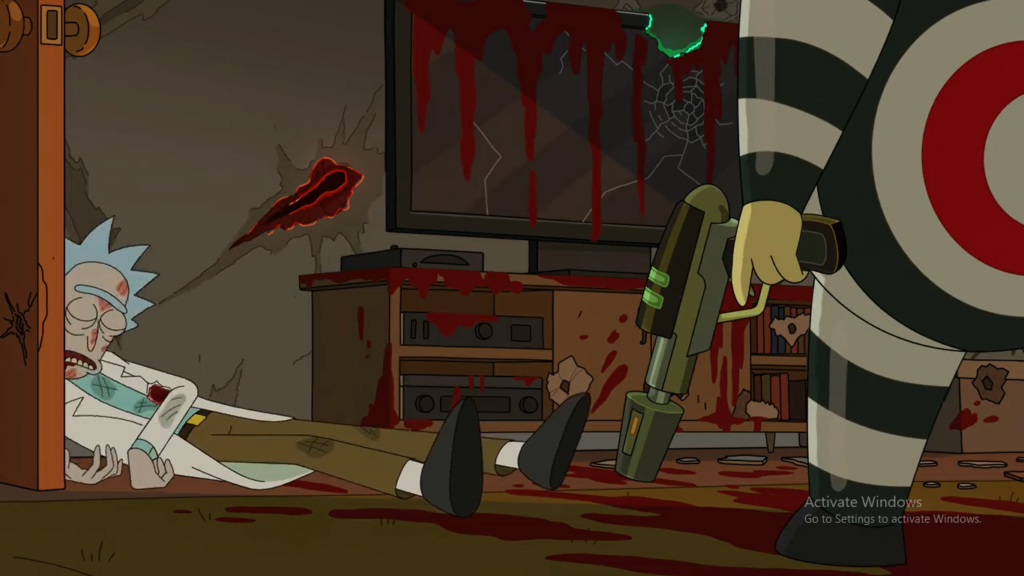 The last rick standing is one rick that the original rick made. Because he is far superior to other decoy ricks. This makes a rick more rick than other ricks. Where other ricks lacking the ability of the most genius men in the universe. Where the real rick standing alone and do not work with other ricks makes him more rick and his sidekick Morty more Morty than other Mortys. This episode will all about how dark rick can be and how many he need to kill in order to survive.

every weak new episode now there are many easter eggs in the episode. I have to write a different article about his now you guys watch the episode of this.

I will also update the next episode review.