The next Season of Cautious Hero is yet to release The official date is not published, However, More likely by the end of 2022 fans can have the second season of cautious hero.

The next season will be more cautious. Fans will have the great art of anime. 1st Season of this anime comes with 12 episodes in 2019. With its amazing story and artwork, it makes a place in fans’ hearts. and now worldwide the demand for season 2 is increasing.

If you haven’t watched the first season then get the taste of Action, Adventure, Comedy, and Fantasy.

What Happen So Far In Cautious Hero Season 1?

In the divine realm of gods. Gods work to make balance in the world to do that. they summon other worlds’ people to save the different worlds from the terror of demon lords. And grant them the special ability to fight demon lords.

Now here is the story starts. The task to save S class Difulculty world is given to the god of a healer “Ristarte” she summons the person with highest stats from japan “Seiya“. But she overlooks his stats because of excitement about how great he is. ” The Hero Was ridiculously Cautious”

Some people a Cautious some are overly Cautious and some max. level Cautious. They all look cute in comparison to our hero Seiya.

Goddess summons the hero and he analyzed the situation he understands very quickly and before going to work he starts training to get stronger.

However, On of the funniest anime I have seen so far. Our Hero doesn’t give a shit what others say even to goddesses, He just kicks everyone’s butt.

Also, On of the most satisfying anime so far. First, He has to defeat the four demon Generals. After 2 weeks of training in the realm of gods. He decides to go to the world to save.

Where he faces 1st demon general. After seeing the general and reading the stats the general just runs away and asks the goddess to the back to the realm of gods. again train so much the go back to the world to save. This time he defeated the demon general without any effort. easy pizy. Overpowered hero.

In the end, goddesses see the stats of the hero and find that. When the hero runs away from the demon generals. Hero was already stronger. Because he is too cautious he goes back to train and comes 3 times more power full so he can be extra cautious.

He trusts no one and outsmarts everyone. in the end turns out in his previous life. the hero is careless and without training or powers, he fought the demon lord and died, and with him, his comrades dies as well. The girl he loves the most the princess dies. Later She becomes the god of Healer. They are destined to meet again that why the goddess picked Seiya to be her hero.

The guilt of losing his love and his teammates were carved on his soul. That is why our hero is very cautious so that mistakes won’t happen again.

Before any anime release. The manga publishing. Manga – comic books consist of an amazing stories. Mostly, manga come in black and white. But now they come in colors and with better artwork.

Manga publishes ahead of anime. if the manga has 3 seasons then anime will make 1 season. anime take time in making.

Where 1 season of anime takes 12 to 18 months and costs millions of dollars per episode.

The crater of Shinchou Yuusha Manga – Light Tuchihi. There are a total of 5 volumes of manga that are published in 2018 and the adaption of the manga in anime in 2019. Total with 12 episodes in season 1.

Moreover, The manga and anime both are sub and dubbed in English. The manga is still going users can accept the next manga chapter soon. 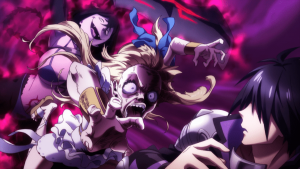 How Many Episodes 2nd the Season Will Have?

The first season comes with the 12 episodes. However, the anime adapt 10 chapters of the manga. Therefore 2nd season will also have 12 episodes and the adaption of more than 10 to 12 chapters. However, fans will not see the anime very soon. The manga is still in making. It will take time to form in anime.

Will There Be Cautious Hero: Movie?

Movies adaption is highly likely. But there is no official news for movie making or release. However, there are high chances they release the movie before they rerelease season 2.

With the high ranking of this anime and its popularity and also available on youtube. The publishers most surely adapt the movie in 2022.

How To Watch & Where The Cautious Hero For Free?

Fans can watch Cautious Hero for free. This most amazing anime is available on youtube for free but only in Sub. However, If the fans want to watch the anime in DUB then they can watch it on Crunchyroll or Funimation.

If these sites are not available in your region then you can also use an alternative like gogoanime and anime heaven. There are another bunch of other sites on google you can watch it there for free.

In my personal view, I like to watch anime in Sub. Let us know your point of view. Sub Better Or Dub. Leave it in the comment box.

Watch Total Episodes for free in dub on youtube. All episodes are in 720p. So these are pretty good quality. if you want even more high quality you can watch on Crunchyroll.